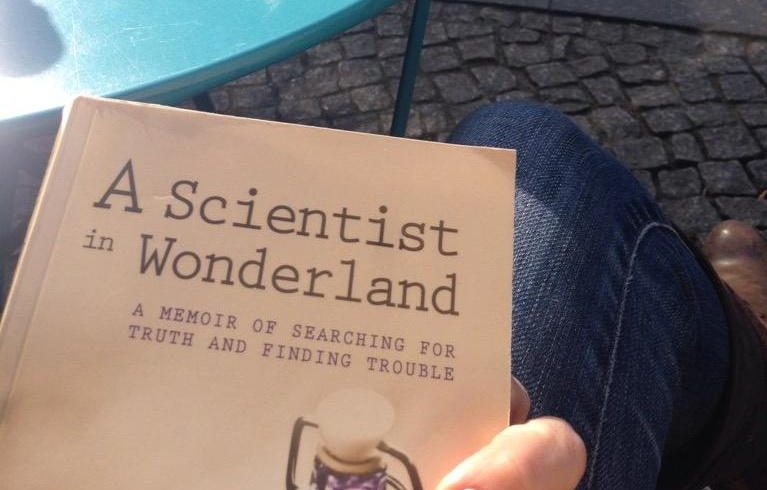 Below is my response, solicited by Edzard Ernst, to naturopaths accusing me of libel, being a pharma shill, and failing at naturopathic medicine. He kindly published it on his blog. (Important note: his books were highly influential on my departure from naturopathy and comprehension of the dark depths of alternative medicine.)

I find it amusing to be accused of being an unsuccessful practitioner of naturopathic medicine. I graduated with high grades from Bastyr University. I landed a highly competitive naturopathic residency. Had I remained in practice, I would currently be eligible to take the naturopathic pediatrics “board-certification” exam offered by the Pediatric Association of Naturopathic Physicians.

I was making decent money at my practices in Seattle and Tucson. By all accounts, I was a successful naturopathic doctor. My bosses at the Tucson clinic had even asked me if I were interested in becoming their business partner!

I walked away from my practice because my boss was committing a federal crime by importing and administering a non-FDA approved medication to his cancer patients. I decided to leave naturopathic medicine for good after a former president of the American Association of Naturopathic Physicians urged me not to report my boss’s criminal activity to the authorities.

These wounds still hurt. I lost dozens of friends. I lost eight years of my life. I lost my livelihood. The ND degree does not have any value in the academic community. It is a tarnish on my permanent record. It would have been in my financial interest to move to another practice and continue being a “successful” naturopath.

One problem with naturopaths is that they measure success by how much money one collects from patients, yet they fail to understand that naturopathic services are quackery. So by their logic, being a successful naturopath is dependent upon profiting by fooling patients and fooling oneself. [inlinetweet prefix=”” tweeter=”” suffix=”by @NaturoDiaries”]If they want to describe me as an unsuccessful naturopath, then “success” has no useful meaning.[/inlinetweet]

I am not employed to write about anything in particular about naturopathic medicine or with any particular tone. I am an independent blogger who wants to share my insights. I created my own opinions on naturopathic medicine by looking at the profession critically. This kind of task is fundamental to the scientific process, which I only learned after leaving naturopathy and engaging with the academic community.

Naturopaths want to be recognized as primary care physicians in the U.S. and Canada. This is a big deal. We all should be skeptical. This profession is claiming to have established a comprehensive education that trains competent medical practitioners, yet they rely upon unproven methods at best and debunked ones at worst.

Essentially, naturopaths want to be allowed to take shortcuts. Instead of attending medical school, naturopaths attend their own, self-accredited programs with low acceptance standards and faculty who are not qualified to teach medicine. Instead of a standardized and peer-reviewed medical licensing exam, naturopaths take their own secretive licensing exam that tests on homeopathy and other dubious treatments. What little medical standards that seem to be tested on the exam have been botched, like the one question in which a child is gasping for air and the correct answer on how to treat is to give a homeopathic remedy.

Naturopaths have called me a liar, but have been unable to identify any specific fabrications. They say I am omitting facts and evidence, but they cannot show what information I allegedly missed. Perhaps for naturopaths the only way to deal with fair honest criticism, is to undermine my integrity.

My blog harbors no hidden agenda. I write to prevent current and prospective naturopathic students from being duped into thinking they are being adequately trained as a primary care physicians. I write to protect patients from the poorly trained practitioners that these programs produce. [inlinetweet prefix=”” tweeter=”” suffix=”by @NaturoDiaries”]I write because I have seen both worlds, and the naturopathic one is terrifying.[/inlinetweet]

89 Replies to “An ex-naturopath is a successful naturopath”