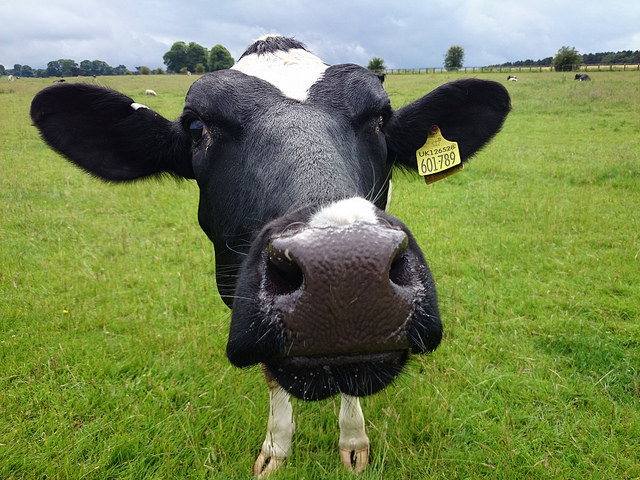 Naturopathy is an ideology. It is not a distinct form of primary care medicine. In fact, it is not any kind of medicine. It is pseudoscience.

Naturopathy does not convey the same credibility or deserve the same respect as medicine. But, in an effort to generate credibility, proponents of naturopathic “medicine” love to claim that the profession offers something special. The Association of Accredited Naturopathic Medical Colleges describes a “naturopathic physician” as follows:

Today’s naturopathic physicians artfully blend modern, cutting-edge diagnostic and therapeutic procedures with ancient and traditional methods. These physicians are succeeding in their goal to present the world with a healing paradigm founded on a rational balance of tradition, science and respect for nature. Because naturopathic physicians believe in understanding patients from the cellular level up, they actively pursue the latest biochemical findings relating to the workings of the body and the dynamics of botanical medicines, nutrition, homeopathy and other natural therapies. Their diagnoses and therapeutics are increasingly supported by scientific evidence.

Politically, this is a strong lobbying point because the presentation resembles a compromise between two seemingly valid philosophies: medicine and ancient wisdom. In reality, however, this reasoning is pretty much a word salad heavily relying on false equivalency. Dr. Mark Crislip has a great phrase to describe this sort of problem, “If you mix cow pie with apple pie, it does not make the cow pie taste better; it makes the apple pie worse.” Mixing naturopathy into medicine makes real medicine less effective. The mixing needs to stop.

When I practiced, I thought of myself as an evidence-based naturopath because I would look things up on UpToDate.com and PubMed. I now know that I did not know how much I did not know about evidence, science, or real medicine. Perhaps this Dunning-Kruger effect is perpetuated by the fact that naturopaths isolate themselves from the scientific community from day one of their programs. Much of what is taught in naturopathic school is based on folklore and tradition, while scientific topics are merely taught by other naturopaths. Further in their careers, naturopaths very rarely publish in the high-impact, peer-reviewed journals that chronicle medical research, rather they stick to their own naturopathic journals to report the latest “findings” and “discoveries” concerning a plethora of questionable treatments. This insular existence effectively means that no one really knows what naturopaths are actually all about. They claim to “harness the healing power of nature” to “solve the great primary care crisis.” Again, naturopathic organizations are just tossing a word salad.

I think it is a good idea to discuss why many of these purported traits of the profession are not unique to naturopathy but are actually ploys to capitalize on misguided consumer preferences.

A common complaint I hear regarding medical care is the microscopic time that doctors spend with patients. Naturopaths directly exploit this patient dissatisfaction by advertising that they spend a tremendous amount of time exploring quirky medical histories and essentially just hearing out a patient.

In my former practice an hour of my time, regardless of medical complexity, would cost about $150-$200. A 10 to 15 minute appointment cost $50. This is significantly more expensive than the typical amount of a co-pay to see a real primary care doctor. I knew this, and therefore needed to make sure that patients were satisfied in order to secure return business. Often times, naturopathic clinics sell packages of appointments for a reduced fee compared to paying for each appointment individually. (Chiropractors are notorious for this sales ploy.)

Spending more time with a patient is not naturopathic; it is a business model. Since most naturopaths cannot take insurance, or choose not to contract with insurance companies (due to low reimbursement rates), naturopaths tend to schedule fewer but longer appointments. Patients are often paying for naturopathic expenses out-of-pocket, so naturopaths need to ensure patients feel like they are getting their money’s worth. In fact, at Bastyr, and, I presume, at other accredited colleges, students are taught this business model in a required course called Practice Management.

Spending more time with patients allows a naturopath to explain, in detail, complex, and often fake, medical diagnoses. A common fake disease that requires time to explain, for example, is adrenal fatigue, for which a naturopath can outline the necessity for several supplements or other naturopathic treatments, such as homeopathy.

Yes, naturopaths love to spend time with their patients. But don’t be fooled. Time equals money. Trust me, the value is low.

Treating the “whole person” with a counseling approach focused on nutrition and lifestyle is not uniquely naturopathic. It is just medicine. Unfortunately, naturopaths have done a pretty good job marketing themselves as holistic gurus by convincing the public that medical doctors know nothing about anything that is not a drug or a surgical technique.

Despite what naturopaths say, naturopathic nutritional advice can be quite dangerous. Naturopaths attending accredited naturopathic schools do spend a great deal of time taking courses in nutrition, but much of what is taught is pseudoscience. For example, I was taught in one nutrition course that oral vitamin K drops are a reasonable replacement for a vitamin K shot in newborns to prevent hemorrhagic disease. I was also taught how to “eat right for my blood type“, how to eat paleo, and that gluten can cause a huge array of symptoms associated with a dizzyingly long list of diseases, even in the absence of Celiac disease or gluten-intolerance. Naturopathic nutritional counseling is best characterized as a Hodge-podge of fad diets, disproven theories, and food-related ideologies based on nonsense, à la the Food Babe.

Clinically, naturopaths often make diet recommendations based off of blood food allergy tests, called IgG Food Intolerance tests. When I was in practice, I frequently used US BioTek IgG Food Allergy panels. I would recommend a patient eliminate all of the foods that returned positive results for 2 to 4 weeks and then reintroduce these foods sequentially as a “food challenge.” This plan required an appointment for the test, another appointment for the results, a third appointment for a mid-food-elimination check-in, and another one to two additional appointments during the re-introduction phase. That’s a lot of money and very hard work for the patient.

Naturopaths are taught this follow-up trick in school, and it is often reiterated during time spent shadowing naturopaths in practice before graduation. Providing such a hands-on form of nutritional and lifestyle counseling is not naturopathic. It is a money-making scheme.

A medical recommendation to take a supplement, such as calcium, vitamin D, or folic acid, is not naturopathic. Contrary to popular belief, medical doctors know the necessary information regarding dietary supplementation and will make appropriate recommendations to patients. Chances are, your doctor also knows quite a bit about fish oil for cardiovascular disease, ginkgo biloba for memory loss, taking antioxidants while undergoing chemotherapy, or even using Feverfew for migraine prophylaxis. They probably will be more honest about the severe lack of evidence to support the use of many supplements.

The supplement that naturopaths sells in his/her office is not guaranteed to be safe or effective. I do guarantee, however, that the supplement is marked up by 100%, and the naturopath selling the product makes a nice cut of the sale. I took home 20% of all of my supplement sales. If you have questions regarding supplements, you are better off seeking the advice of a medical professional who is not earning money off supplements.

Personalized care is not naturopathic

A good doctor takes personal, social, and family history into account when treating any patient. This practice is not naturopathic. It is good medicine. The bottom line is that “what naturopaths do that is good is not different from what medical doctors do, and what they do that is different is not good.” One important caveat: naturopaths tend to do more harm than good.

Naturopathic medicine is not medicine

Naturopathy and medicine do not exist on the same playing field. They are not even comparable in a way that suggests they might be equal. One is real, validated, and continuously revised by science. The other is more of a religion that is informed by anecdotes and folklore. We should not be looking for a middle ground between scientifically validated medicine and utter nonsense that terribly wants to be accepted.

When we yield to naturopathic rhetoric, and concede that yes, naturopaths talk about diet and exercise, and yes, naturopaths spend time with patients, we provide the illusion naturopathy has value. This is the process that naturopathic organizations have come to depend upon to increase naturopathic licensure and expand legal scopes of practice. Quite seriously, if we give an inch, the NDs will take a mile. It is important to employ skepticism and counter naturopathy based on the facts of its practice, rather than the truthiness of its extraordinary claims.

To the naturopathic patient, your next appointment might be to go over your three-month IV-therapy chelation plan and detox diet. Cancel it. It’s far healthier to put that money towards a relaxing vacation eating lots of fruit and vegetables than to spend it needlessly pumping vitamins directly into your veins. Why not have a delicious apple pie?