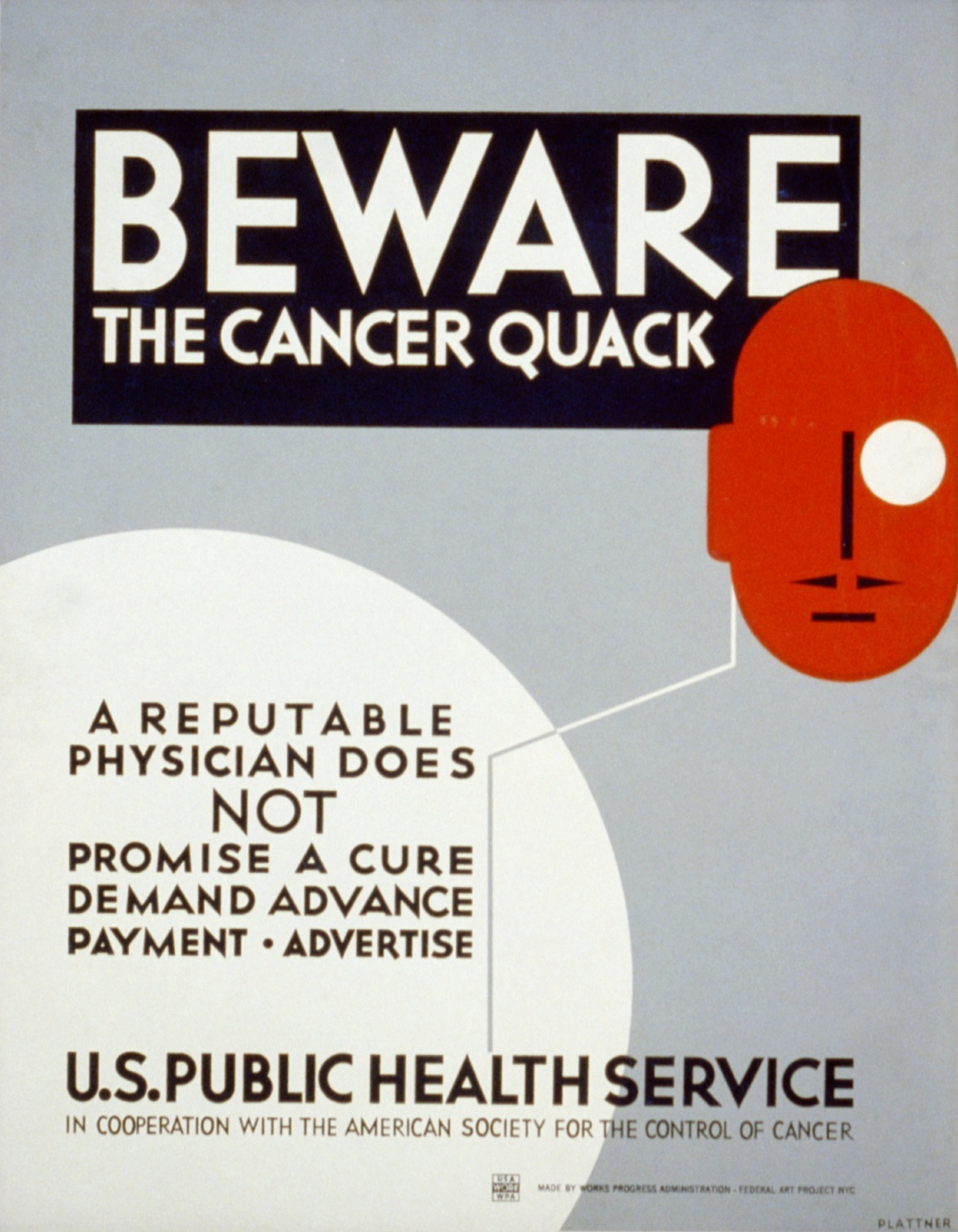 Britt’s note: Dear readers, I am in the midst of completing my thesis, and it is mid-holiday season. Times are a little hectic. I am working hard to keep up my writing efforts. Thank you for your patience!

UPDATE: You can read the next article in this series here.

I recently put up a new, minimalist website at BrittMarieHermes.org. This personal page is not meant to promote my writing, my scientific projects, or even my work as a science communicator and debunker of pseudoscience. It serves to supplant a website that was established in bad faith at a domain using my name.

In February 2016, I discovered that BrittMarieHermes.com was registered and a “tribute” website was put up, allegedly, in my honor. Google ads are publicizing this site. I then found out that the domains BMHermes.com and BrittHermes.com were also purchased, which were setup to redirect to the homepage of the American Association of Naturopathic Physicians.

It is no secret that I am an outspoken critic of the naturopathic profession and its so-called “medical” programs in Canada and the U.S. I was upset upon realizing that someone had misappropriated my name in order to promote the naturopathic profession. Since discovering this cyber-squatting, I have been working to acquire ownership of the domains in my name. Here’s a brief update of what I know and what has been happening behind the scenes.

A WHOIS search of the domains revealed that all three were purchased via GoDaddy.com. Customer service representatives from GoDaddy explained that they are unable to transfer the domain names to me without a court order showing that my legal name is trademarked or without winning a domain name dispute according to the Uniform Domain-Name Dispute-Resolution Policy (UDRP). These options are expensive and require legal counsel. I am currently seeking legal assistance to take one of these routes. Since dealing directly with GoDaddy is a dead-end, I decided to turn to the hosting company of the page at BrittMarieHermes.com.

This site is hosted by the free website builder Wix.com. I filed a complaint with Wix to explain that my legal name is being used without my permission and is promoting a profession that I do not endorse. Wix promptly responded to my complaint by removing the website.

It was a short-lived victory. Within 48 hours, the original content was reinstated. While Wix seemed to sympathize with my position, its representatives explained that without a court order demanding removal of the site, the website would remain. This was disappointing, but I didn’t leave empty-handed. A representative kindly provided me with the email address associated with the account that hosts the page.

The Wix account of BrittMarieHermes.com is registered with an email address at the domain natonco.org, the official website for the Naturopathic Cancer Society and a non-profit organization in Tempe, Arizona run by naturopathic cancer “doctor” Colleen Huber, NMD and her surrogate Hazel Chandler. The organization raises money for cancer patients who desire to use, but cannot afford, expensive alternative cancer therapies such as intravenous vitamins, mistletoe injections, and special diets, which is then funneled to Huber’s clinic Nature Works Best and others.

The Naturopathic Cancer Society makes it clear that it exists for cancer patients who do not want to use chemotherapy, radiation, or other medical cancer treatments and maintains a provider network of naturopaths agreeing to treat patients with alternative therapies, even against the recommendations of medical oncologists.

Huber claims that she has developed cancer treatments with a 90% success rate and “without the side effects of chemotherapy and radiation.” She boasts on her clinic’s homepage that “most cancer patients who complete our treatments go into remission” and that her clinic has “better results than any other cancer clinic over the last eight years.” These statements meet most of the cancer treatment scam warnings put out by the FDA.

Huber treats cancer patients using an assortment of quacky therapies including strict diets to cut out sugar and intravenous injections of baking soda, high-doses of vitamin C, and other nutrients. She claims to have conducted research on 317 patients over seven years in her clinic using naturopathic nutrients and herbs and the elimination of sweetened foods, which allegedly prolonged the life of her cancer patients.

In addition to what appears to be a terrible failure in conducting ethical research because it was/is run out of her clinic and tied her non-profit, Huber completely bungled her analysis. Thomas Mohr, an oncology researcher at the Medical University of Vienna, reanalyzed Huber’s data in her sugar study and commented on my blog in February 2016:

Putting aside the ethical issues of the extremely bad study design, the lack of ethics committee approval or patients’ agreement, a quick n’ dirty analysis of the data reveals following odds ratio: 2.1 (95% CI 1.01 – 4.40, p<0.05) in favour of state of the art treatment. In other words, patients under natural care have more than a two-fold higher risk to die.

I agree. Mohr continued with his independent analysis of Huber’s data:

If one removes data of questionable quality and takes into account only those with complete data and in treatment resp. died during treatment (i.e. in remission, not yet in remission, died), the odds ratio gets almost 10:1 in favour of state of the art therapy. This is really nasty.

Indeed, her activities seem suspicious, especially when one looks at what her clinic is advertising based her “research”:

I searched the ClinicalTrials.gov website for any studies conducted by Huber. There are none under her name, her previous name (Colleen Schmidt), or her naturopathic clinic. Huber is legally obligated to register trials involving human subjects, but at least, she has her own FDA-registered IRB.

Clinical studies involving human subjects are also legally required to obtain approval by an ethical review board, usually called an institutional review board (IRB). In the United States, an IRB must be registered with the Food and Drug Administration. Huber co-founded an IRB that provides approval for the use of alternative cancer therapies in naturopathic practice called Arizona Naturopathic Clinical Research Group (ANRI) /Naturopathic Oncology Research Institute (NORI). She currently serves as the board’s secretary. Readers of the Science-Based Medicine blog may remember a post I wrote in April 2015 about this IRB.

IRB approval is meant to ensure a research study meets ethical guidelines of providing informed consent, keeping personal information private, and protecting subjects from physical and psychological harm. But ANRI/NORI was established, according to its founders, to “preserve naturopathic medicine.” In other words, to allow naturopaths to get away with using dubious, dangerous, or outright bogus therapies on patients.

For example, in February 2015, ANRI/NORI approved a study investigating the effects of various therapies including fish oil, homeopathy, low-dose naltrexone, and “frequency specific micro-current” for a spectrum of neurological disorders. In the meeting’s minutes covering the approval of this study, there was no discussion of a specific research design or hypothesis. Yet ANRI/NORI members unanimously approved the study. The board did not inquire about informed consent or subject privacy. There were no questions about the safety of the therapies mentioned. The lead naturopathic investigator admitted she was seeking approval for her protection.

Huber and these other naturopaths have perhaps found a legal loophole allowing them to blatantly mislead vulnerable cancer patients. She seems to be drawing naturopaths into what looks like an IRB sham in order to justify the use of fraudulent treatments. In reaction to my April 2015 post for Science-Based Medicine, Huber’s naturopathic IRB has stopped publishing complete transcripts of their minutes. I can only assume that ANRI/NORI is continuing to butcher the IRB process in order to uphold the naturopathic scope of practice, rather than the safety and well-being of cancer patients. As far as I can tell, Huber is the ringleader of what appears to be a naturopathic clinical trial and charity hoax.

Colleen Huber may be one of the most vile naturopaths I have come across. Here she is talking about her so-called research being tethered to her clinical practice:

I reserve the right to fight back

I recently asked a lawyer to send a letter to the Naturopathic Cancer Society (NCS) to inform Chandler and Huber that I am aware that my legal name is being used in bad faith with those three domain names. I requested that NCS remove the content from the tribute site and transfer control of the domains to me. The letter went unanswered.

It is in the best interest of Huber, or the person at natonco.org, to voluntarily relinquish those domain names to me.