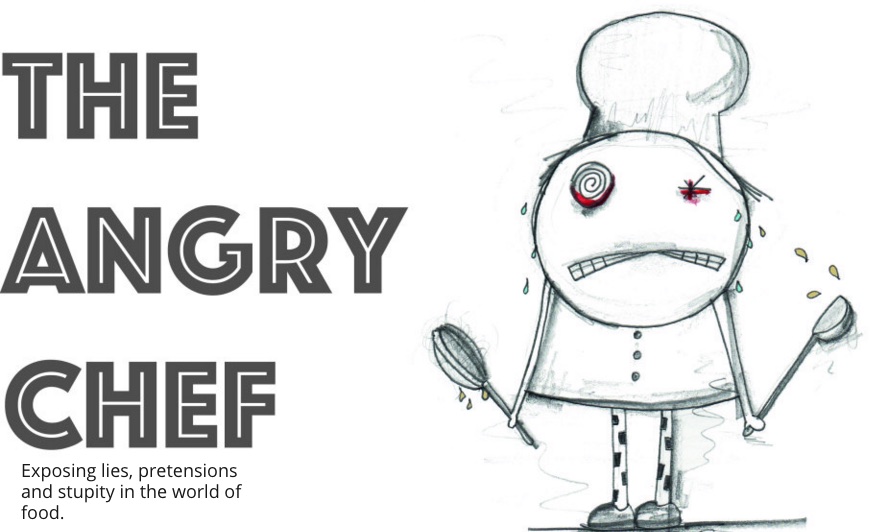 French gastronome Jean Anthelme Brillat-Savarin left us with a legacy of diet and cuisine. A rather excellent cow’s milk cheese is named after him, as is the Savarin mould, perfect for those who like their desserts with holes in the middle. His writings remain his greatest contribution, and one quote of his in particular has continued to underscore modern notions about the relationship between food and medicine. In his seminal work, The Physiology of Taste, published in 1825 shortly before his death, he writes, “Tell me what you eat and I will tell you what you are.” His words have been paraphrased down into the catchier (but let’s be honest, not quite the same) ‘You are what you eat.’

I think that every single clean eating, food blog I have seen (and I have seen many, despite how much they irritate me) include reproductions of Brillat-Savarin’s sentiment. In fact, food pseudoscientist-in-chief Gillian McKeith, who is one of many Clayton College of Natural Health fake PhDs, created a tragically popular brand around the idea that “You are what you eat.”

Let’s not forget that Brillat-Savarin also said the slightly less paraphrased “a dessert without cheese is like a beautiful woman with only one eye.” Obviously, he had more diverse views on the relationship between our bodies and food! Sadly, his ideas have been warped and co-opted by the pseudoscience industry.

You are not exactly what you eat

Although Brillat-Savarin’s writings contain much rumination about food and health from an observational view of a non-scientist, my understanding of his original quote is that he was commenting on how food choices reveal character traits, rather than one’s well-being. Sure, in the framework of biochemistry, his quote is also true, but not without glaring caveats.

The beauty of metabolism is that our bodies can take in a load of foodstuffs combined with a single gas from the air and generate energy and other compounds that form our tissues. We have very complex systems that regulate these processes. More or less, scientists have a grip on these inputs and outputs–it takes the chemicals that constitute food, breaks them down, makes new chemicals, and uses these to sustain life. Oddly enough, this is why a vegan is still composed of meat! The body does not care if a bit of carbon came from organic kale or a Snickers bar. We are what we eat to an extent, in that our bodies are incredibly good at processing food into other biological stuff, including energy.

Unfortunately, self-appointed health gurus take “You are what you eat” to mean that we consist of the essences of our food that is matched in purity and quality of dietary inputs. In their eyes, what we put into our bodies will affect all aspects of health maintenance and disease processes. A cheeky variation on this idea is similar to what computer programmers say about writing code: “garbage in, garbage out.”

The chef gets angry

I want to make it clear that I am an advocate of a healthy, balanced, and varied diet. I teach healthy eating and simple home cooking in my local community, working with parents and young people wanting to improve cooking skills and eat healthier. Many people eat so poorly that they are at risk of becoming nutrient deficient and increasing their risks for chronic diseases. But if you eat a balanced diet with plenty of different fruit and vegetables and not too many calories, you are less likely to succumb to such poor outcomes. Healthy eating is actually pretty simple. Not easy for many, but simple all the same. No food is bad, nothing needs to be excluded (except the poisonous kind!), just eat sensibly and include lots of different stuff, colours, textures, whatever.

Now, consider the messages written on “clean eating” websites for a moment. Yes, doing this makes me angry. People tell me that I should not get so annoyed because these sites are harmless and just informing those interested how to eat healthily. Have a look for yourself.

Deliciously Ella is one of the top rated food websites in the UK with twenty-five million views last year. The star is Ella Woodward, who was recently voted as one of the top 100 most powerful people in the food industry by Grocer magazine. The list of foods that Ella advocates avoiding includes wheat, dairy, fish, meat, anything with ‘chemicals’ (not sure what food doesn’t have chemicals), products labelled as healthy in supermarkets, chocolate, sugar, and rice. Look at some of the science that supports this advice. She claims that lemons are alkalising for the body and that white rice acidifies it. Lemons are acidic, and good luck trying to change the pH of your body. You’d surely die anywhere too far from a pH of 7.4. In case you think she is not someone to fear, she is currently studying to be a naturopathic nutritionist at a ridiculous College of Naturopathic Medicine. As Britt has written, naturopaths are not good. Period.

Ella gets it in the neck from the Angry Chef blog because her site is so popular whilst spreading utter shit for advice. Sadly, she is one of the more respectable nutrition gurus. There are bountiful sites containing black lists of foods based on spurious, often blatantly wrong, non-scientific nonsense. Some of these bogus reasons include appealing to Ayurvedic traditions, the quackery of alkaline diets, or anti-inflammatory diets that stipulate that all nightshades are going to overload your body with phantom inflammatory factors.

Take, for example, the FODMAP diet, a seemingly sensible evidence-based diet, possibly effective in treating IBS; it has been hijacked by health bloggers. Gwyneth Paltrow’s Goop, perhaps the most influential healthy eating blog on the planet, endorses dietary advice from the “spirit world” through a guy named Anthony, the “medical medium“. And then there is the Food Babe, who you can always count on for unsubstantiated scare tactics surrounding nutrition and environmental health.

We need more scientific ambassadors to kill the woo

I feel bad for the target audiences of these websites. Many are women who are pressured by social factors to tirelessly want to improve their bodies. They are probably confused, worried about health, worried about diets and keen to try any quick fix. Seeing huge lists of food that need to be excluded to maximise health is perhaps sending a comforting message that this struggle is under their control. Having that message validated by science-y sounding word salads helps drive the message home. It is no surprise that alternative medical practitioners contribute to eating disorders!

Advice on dietary health is thrown around for free on the internet, and it is unregulated. It is morally troubling that this trend is being driven by publicity hungry celebrities and journalists keen to believe self-appointed experts (especially those that can claim to be one of the many ‘nutritionists to the stars’). If the gurus are young and photogenic, their message seems to sink in even deeper.

Is there anything that can be done? Regulation? Denouncements by respectable scientists? Can blogging play a role?

Pseudoscience and quackery need competition. Scientists needs to fight back. We need photogenic, social media savvy communicators with good PR connections blogging and vlogging about eating a healthy balanced diet in order to dispel the pseudoscientific garbage. We need celebrities willing to talk about sensible, evidence-based dietary advice. We probably need to shout more too.

Get out there. Spread the word. Run a healthy eating class in your community, focused on cooking healthy, balanced food. If you are a scientist, go into a school and talk to students about healthy eating. Start a blog. Write a recipe book.

Good luck trying to lobby your MP or other government representative. Lobby celebrities with an interest in science. Shout from the rooftops – healthy can be achieved by eating a balanced diet but it is not going to cure your cancer.

Don’t be fooled into thinking that the real healthy eating message is boring compared to the fantastical messages of the quacks. Yes, the pseudoscientists are better at spreading their fear than reasonable folks are at communicating the facts. But think about how powerful our message is. You can eat healthily without ever having to swallow a wheatgrass-kale smoothie. Coffee is okay. You can have a Snickers bar now and again. There is nothing boring about that. It’s actually quite delicious!

If we hone the message right, we can muster a powerful force for good. We have the resolve of scientific truth, evidence-based intervention, and critical thinking. These are perhaps the most important and beautiful creations of the modern era. They have transformed our world.

Imagine an army of people who stand for this truth, combined with savvy media tactics of the quacks. It could be powerful enough to overwhelm the might of the multi-headed, Paltrow guru-monster and her army of vaginal steam cleaners. Or, the Food Babe army and its shit. 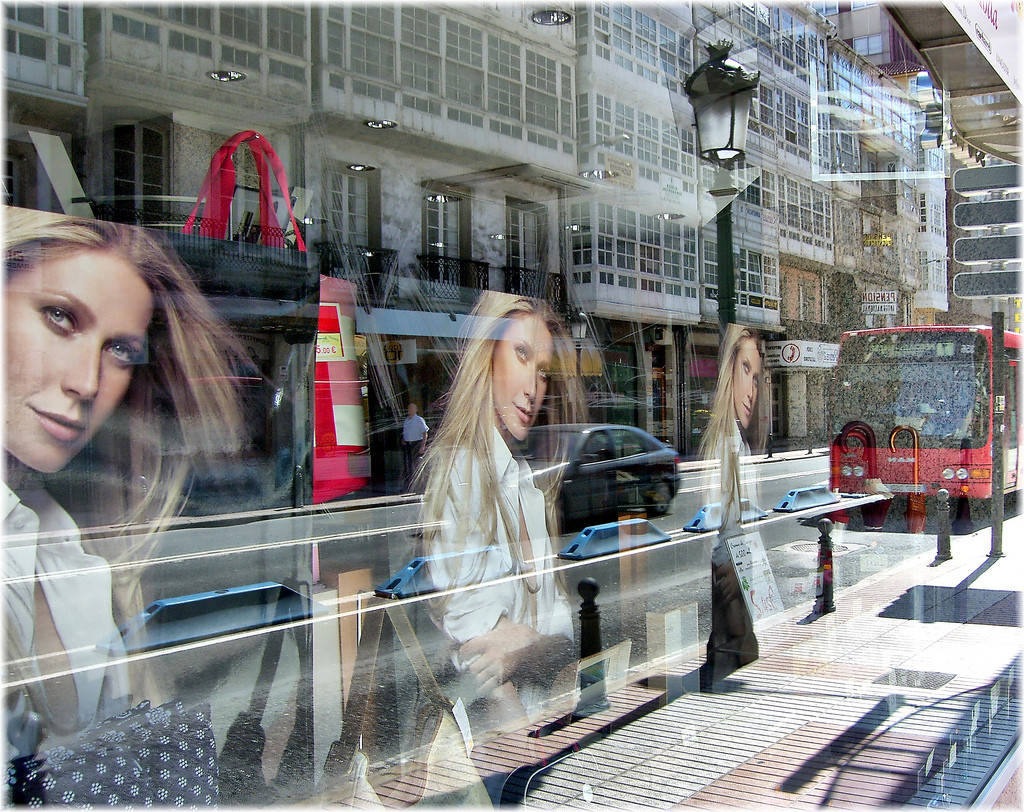 A couple of weeks ago I went out into my garden at exactly 6:27am and looked out into a cold, dark sky. Exactly as predicted, the International Space Station appeared over the horizon, reflecting the sunlight from its orbit above the Earth. For three minutes, I watched this marvel advance silently across the sky. This was a perfect expression of the power, triumph, and beauty of science. I could wait in my garden for 10,000 years, and I will never see an Ayurvedic, homeopathic, or naturopathic space station powered by healing crystals or water memory or chakras. Science is in a different league than these traditional systems. When used without arrogance or self-righteousness, spreading the message of truth from the bottom up, science will win.

Angry Chef is the bullshit fighting alter ego of a real chef with a background in science. He blogs at angry-chef.com and is on Twitter, @One_Angry_Chef

6 Replies to “The Angry Chef: taking on the pseudoscience of food”