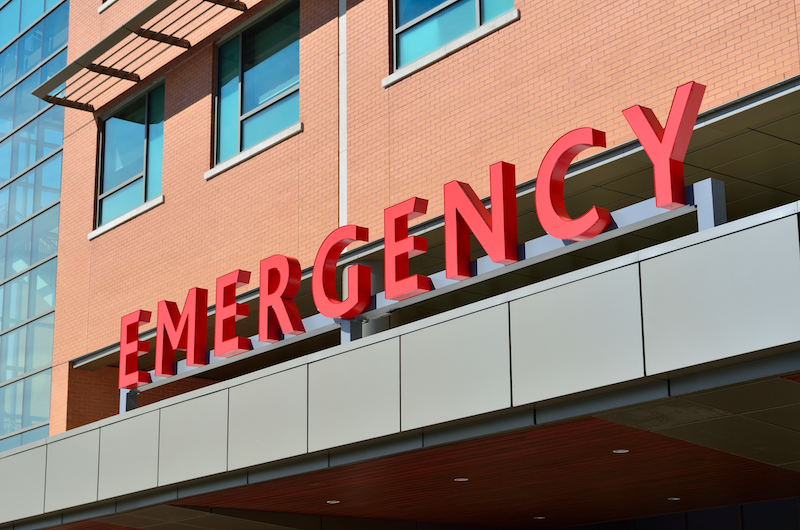 I am pleased to feature a guest article by Dr. Michelle Cohen highlighting concerns about the regulation of registered naturopaths in Alberta, Canada as a result of the death of a 19 month-old boy, Ezekiel Stephan. In case you are unfamiliar with the case, here are the basics:

A summary of the case by CBC News can be found here.

The role Tannis played in Ezekiel’s death was murky. To elucidate details surrounding Tannis’s medical responsibility in the case, Cohen and 42 other physicians sent a letter to the College of Naturopathic Doctors of Alberta, the province’s naturopathic regulatory board, demanding the college investigate whether Tannis had provided the herbal remedy echinacea to Ezekiel’s mother as a medical treatment. The complaint letter can be read in full in this post on Naturopathic Diaries.

A few days ago, the college responded to Dr. Cohen’s letter. It dismissed the complaint against Tannis, clearing her of professional misconduct.

Here is Dr. Cohen’s response to the college’s decision about retroactively regulating naturopaths prior to the formation of the regulatory college and its response to concerns about protecting patients from dubious herbal remedies commonly sold by naturopaths at profit.

One year ago it seemed like every Canadian health care provider I know was reading about, writing about and generally fuming about the trial of Ezekiel Stephan’s parents. They were ultimately convicted of failing to provide the necessaries of life for not seeking medical care for their 19 month-old son until he stopped breathing. Tragically, he died of bacterial meningitis and it seems as though he suffered for many days before his untimely death. We all read about how he was too stiff to sit in his car seat when his parents drove to the Lethbridge Naturopathic Medical Clinic, which to every competent physician is a loud, screaming red flag for severe meningismus, inflammation of the lining of the brain and spinal cord that requires urgent medical attention. As I followed the case, it became unclear to me if the naturopath who sold Ezekiel’s parents an echinacea treatment right before he died knew that basic clinical fact. Testimony from the trial gave conflicting accounts as to whether or not Dr. Tracey Tannis did indeed speak to Ezekiel’s mother when she came into the clinic.

One thing was clear, however: the regulatory body governing naturopaths in Alberta had done absolutely nothing to investigate the issue. With 42 other physicians, I wrote a letter asking the College of Naturopathic Doctors of Alberta (CNDA) to investigate Dr. Tannis’s actions and comment on the sale of herbal products from naturopathic clinics.

Last week the Complaints Director of the CNDA sent me a letter informing me that she had dismissed the complaint and no formal hearing would occur. The Stephans and Dr. Tannis all claim that Collet Stephan, Ezekiel’s mother, and Dr. Tannis did not speak about Ezekiel when she when into the Lethbridge Naturopathic Medical Clinic that day. This provides some clarification of the conflicting accounts that arose during the Stephans’ trial. Dr. Tannis stated she was unaware Collet was in the clinic but a clinic employee testified that the two did speak to one another. If the CNDA has established with a high degree of confidence that Dr. Tannis never gave Collet Stephan echinacea for Ezekiel then I am satisfied with this answer. It’s a shame that it took a widely publicized letter from a group of physicians to force the CNDA to investigate this issue. They should be self-motivated to ensure that none of their members are engaging in harmful conduct. They had not even issued a public statement on Ezekiel’s death until they were forced to do so.

As for the second and more complex issue, the sale of herbal products from within a clinic and the professional responsibility of naturopaths who profit from that sale, the CNDA has taken a much more hands-off approach. They correctly state that Ezekiel’s death occurred prior to the formation of the CNDA and the regulation of naturopaths as a profession, and so at the time there were no standards with respect to the sale of herbal products by naturopaths. Thus, they can’t hold Dr. Tannis to standards that didn’t exist at the time. This is indeed true and I can’t fault them for making this determination with respect to this specific case.

However, in my opinion they are skirting the original question posed to them in our letter by being pedantically specific. We asked that they make it clear to their members and to the public what responsibility naturopaths who sell products out of their clinics have to the people who use those products. We intended for their investigation to have a broader scope than simply this particular case, but they have chosen instead to avoid the question altogether by pointing out that at the time of Ezekiel’s death, there were no standards. That’s all well and good, but what are the standards today, now that the CNDA exists and naturopaths are regulated?

Physicians are told very clearly by their provincial colleges as well as the Canadian Medical Protective Association (CMPA) that selling non-medically necessary products such as herbal remedies or supplements out of their clinics is ill-advised. It is considered a conflict of interest:

Physicians are generally discouraged by Colleges from selling or promoting products that are not medically necessary, such as supplements and herbal remedies. The College looks critically on physicians who sell non-medically necessary and cosmetic products because of the potential for conflicts of interest.

I have found guidelines set out by the naturopathic colleges of British Columbia and Ontario with respect to selling herbal products. However, the CNDA doesn’t have such information available on their website so it is unclear to how they are advising their members in this regard. I believe this is an unacceptable omission. It is part of their duty to the public to make it crystal clear how they communicate guidelines on the sale of herbal products to their members. The CNDA needs to address the conflict of interest as well as the issue of professional responsibility if a product sold by a naturopath results in a poor health outcome.

I also want to note that my colleagues and I addressed our letter to the president of the CNDA, Dr. Beverly Huang, yet we have never heard directly from her. Rather, it is only the Complaints Director, Kristen Tanaka, who has deigned to communicate with us. I maintain that a formal response from Dr. Huang in essential in resolving this issue and I call on her to make a public statement that addresses our concerns.

Dr. Michelle Cohen is a family physician in Ontario, Canada. She can be reached for comment on Twitter at @DocMCohen.